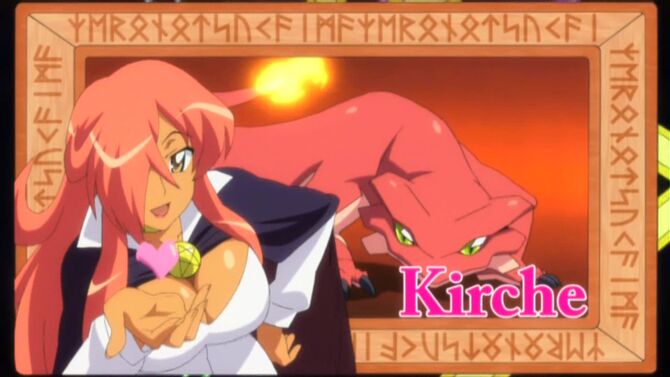 Kirche was born to the Germanian noble family House of Anhalt-Zerbst.

Kirche was enrolled in a school of magic in Vindobona, the capital of Germania, but dropped out. When her parents planned to marry her to an old marquis, she fled Germania and enrolled in the Tristanian Academy of Magic.[1]

Kirche's best friend is Tabitha, who is Charlotte, Queen of Gallia.

Kirche is a member of the House of Anhalt-Zerbst, making her Germanian nobility.

She may be named after Sophia Augusta Fredericka (Sophie Friederike Auguste von Anhalt-Zerbst), daughter of Christian August, Prince of Anhalt-Zerbst.

Retrieved from "https://familiarofzero.fandom.com/wiki/Kirche_von_Anhalt-Zerbst?oldid=5059"
Community content is available under CC-BY-SA unless otherwise noted.