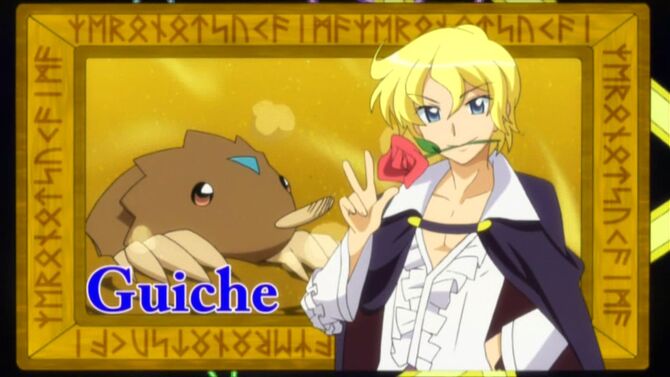 Guiche de Gramont is a character from The Familiar of Zero.

Guiche was born to the Count of Gramont as his fourth son. He has three older brothers.

Guiche is enrolled in the Tristanian Academy of Magic as an earth mage.

During the invasion of Albion, Guiche was drafted into the army. Due to shortage of manpower, he was made into an officer.

Guiche is the fourth son of the Count of Gramont, making him a member of the House of Gramont.

Retrieved from "https://familiarofzero.fandom.com/wiki/Guiche_de_Gramont?oldid=4587"
Community content is available under CC-BY-SA unless otherwise noted.