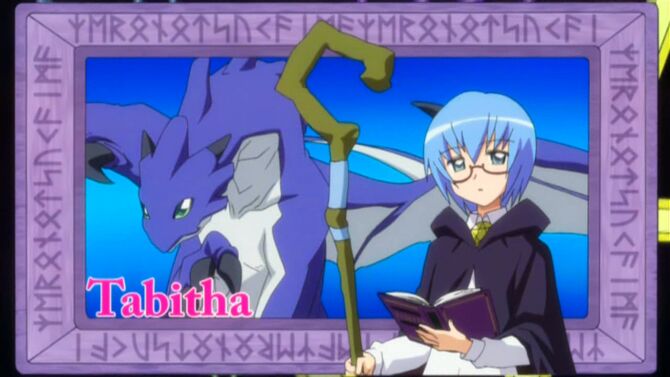 Charlotte is the current Queen of Gallia.

Charlotte Hélène d'Orléans was the first daughter of Charles, Duke of Orléans and his wife the Duchess of Orléans. Her younger twin sister Josette was sent to a convent.

Her father Charles was the younger son of the King of Gallia. Charles was assassinated after his older brother Joseph acceded to the throne, leaving Charlotte politically vulnerable. Joseph planned to poison Charlotte, but her mother was poisoned instead.

Charlotte enrolled in the Tristanian Academy of Magic, assuming the name Tabitha.

After the death of Joseph, Charlotte became Queen, Joseph's daughter Princess Isabella of Gallia having relinquished her claim to the throne.

While Charlotte was to become Queen, Pope Victor and his familiar Giulio Cesare conspired to put her younger twin sister Josette on the throne, masquerading Josette as Charlotte.

Charlotte's best friend is Kirche von Anhalt-Zerbst, a Germanian student in the Tristanian Academy of Magic.

Retrieved from "https://familiarofzero.fandom.com/wiki/Charlotte_of_Gallia?oldid=4704"
Community content is available under CC-BY-SA unless otherwise noted.